A few months ago, I had a chance to visit the town of Shimonoseki. People familiar with Taiwanese history will recognize it as site of the Treaty of Shimonoseki (馬關條約) from 1895, in which Qing China ceded Taiwan to Japan.

I’d always only known the Taiwan side of this story. It turns out there is also a … poisonous pufferfish side of the story.

Poisonous pufferfish, known as fugu or fuku, is a local specialty of Shimonoseki. Because fugu is lethally poisonous, consumption of it was banned in Japan for many centuries. However, the practice survived here, far away from the center of power, until the ban was finally lifted in the late 19th century. 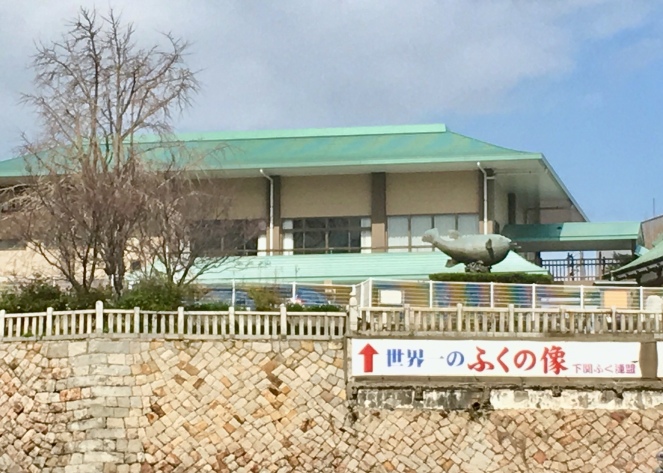 Sign in Shimonoseki that reads “Largest fuku statue IN THE WORLD.”

Nowadays, poisonings are rare, because all pufferfish chefs need to get certified to prove that they won’t kill people.

Back to the Treaty

Anyways, the Treaty of Shimonoseki was negotiated and signed at a hotel known as 春帆樓 Shunpanro, which is still in operation. Here is the sign in front of the hotel:

On the bottom of the sign are the hotel’s two claims to fame:

So when consumption of the fish was legalized in Japan, this hotel was actually the first place to get certified!

The reason this restaurant-hotel was chosen as the site of peace talks was because Prime Minister Ito Hirobumi was friends with the boss (apparently Ito named the place) and knew that it commanded a view of the Kanmon Strait, which meant that he could conveniently show off Japan’s latest battleships during the talks.

Anyways, a little building in front of the hotel commemorates its role in history.

Inside is a recreation of the room in which negotiations took place, including many of the original pieces of furniture:

This will look familiar if you’ve seen this photo: 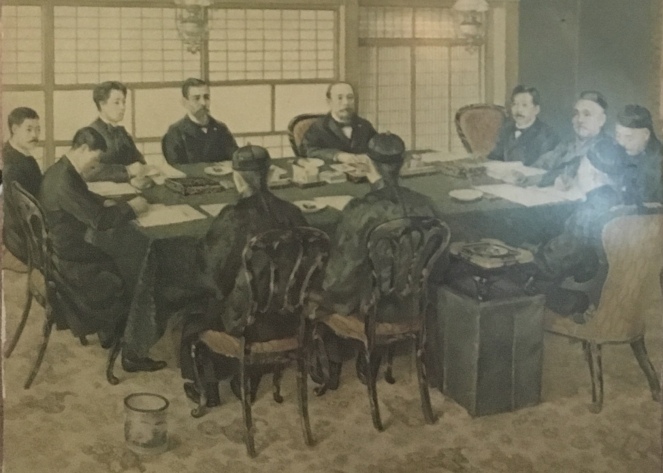 Besides the fugu connection, I was also a little surprised at how the signage didn’t mention Taiwan at all. It just said that treaty “stipulated that China recognize the independence of Korea and cede land, surrender rights and interests, and pay an indemnity to Japan”:

I’m aware that the world doesn’t revolve around Taiwan, but this omission was still pretty shocking for me 😅. I guess Taiwan was just “a part of the picture.” Oh well. ¯\_(ツ)_/¯

Still a pretty neat place to check out. You can find it on Google Maps by searching 日清講和記念館 (Peace Treaty Memorial Hall).